Intimacy and emotional safety is the cornerstone of predicting longevity in any relationship. If you have intimacy that’s a good thing. if you don’t it may be time to get couples counseling to discuss why one or each of you is not feeling safe and why. This is how emotional and physical affairs happen.

When a married woman reaches 40, and often older, her life begins to change. The children she longed to have are growing older, her education has begun to pay off as she has developed her own career. She is earning her own money and is contributing to the household income, often significantly. She has developed a broad and strong support network of other women and co-workers who she trusts, and who provide her with emotional support in addition to social outlets. She has matured. She has developed a “net” for herself. She has reached a different place in her life, emotionally.

The decent, loving, stable, nice man she met 15 or 20 years ago, now her husband, is a good father and provider, and yet she discovers that she does not need him in the same ways that she once did.  So why are so many women at this life stage finding themselves questioning their own feelings and asking themselves “Am I crazy for thinking about leaving?” He doesn’t drink heavily, he’s loyal, he is smart, he loves me, he doesn’t run around at night, and we get along. Slowly, her life which use to feel very fullfiling suddenly feels vanilla. When she speaks to her family and friends about her feelings she hears “What is wrong with vanilla?” or “are you crazy? he’s such a good guy and father you should feel lucky! I think there something is wrong with YOU!” So, she tells herself that she just can’t leave. She can’t justify it. And she can’t hurt him. Her feelings are suddenly not as important as these things in the face of logic. She tells herself that she really has no good reason to leave. She just can’t get out. Marriage is a commitment and it has its ups and downs right? And besides things can’t always be exciting that’s unrealistic. There are dips in all relationships. So she waits, hoping things might feel better. She may ask her husband to go to counseling but he’s not really doing anything wrong. It’s her own emerging feelings that are driving her ambivalence. She says to herself “If I can only hang in there another few years until the kids are done with high school”. The safety, consistency, and love, she once felt, the children they have together  shouldn’t it all be enough? These things once gave her great joy. Yet SHE has changed inside. Her emotional needs have changed, she has grown, she finds herself feeling lonely in the marriage. These are some conditions that often create a dangerous and vulnerable environment and for an affair to be set in motion. Women having affairs isn’t talked about much in social media, but it happens quite frequently. Women simply aren’t as comfortable revealing or owning such behavior.

Many of the reasons that woman marry when they are younger are fulfilled by their 40’s. By that time they are much more comfortable in their own skin and more emotionally mature. Later in life they can  provide for themselves, and the emotional needs they had in their 20’s have been realized. They have also become more comfortable and secure with themselves and the world. Emotionally, they have a built a network of friends and support, financially, they have begun to make their own money, martial sex has become flat as the emotional connectedness has diminished. Conversations have become dry and routine. It is often described to me as an ” unexplained emptiness” never felt before. The desire remains to have a partner yet she doesn’t NEED to be with anyone. She is filled with guilt, angst and confusion.

Of course all relationships go through ups and downs. Especially those that span a decade or more. The stress of raising children, financial changes, job changes, experiencing loss through death, and tragedy that is just life. Couples therapy can significantly help with recapturing the intimacy and connectedness lost over time. It cannot however, change an individual’s  sense of who they have become or how they feel. If one person in the marriage is not “all in”, no matter how wonderful their husband or wife may be, it might be time to change direction. Feelings are feelings, needs change, what you have to offer now may not necessarily be enough 15 years from now for your spouse.  Women are emotionally dynamic and organic creatures. Sometimes it may be about the relationship. Sometimes though it may just be about us. 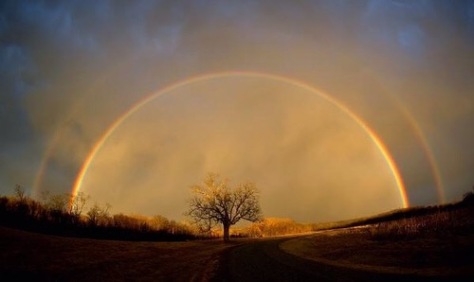 Something to Look Forward to